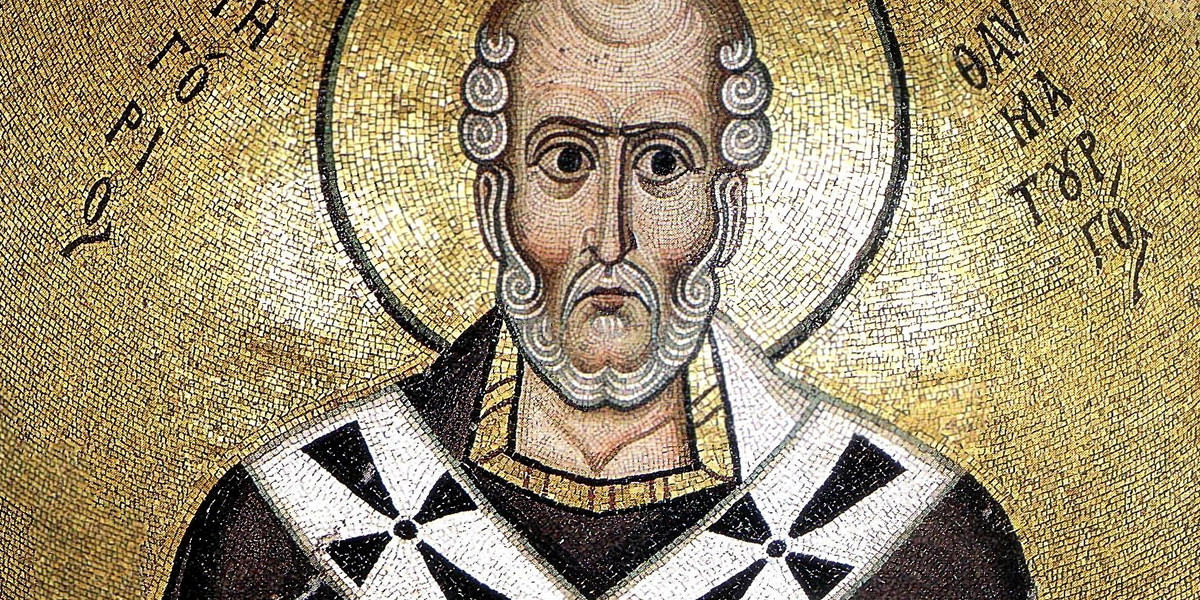 That Deity should be born in our nature, ought not reasonably to present any strangeness to the minds of those who do not take too narrow a view of things. For who, when he takes a survey of the universe, is so simple as not to believe that there is Deity in everything, penetrating it, embracing it, and seated in it? For all things depend on Him Who is (Exodus 3:14), nor can there be anything which has not its being in Him Who is. If, therefore, all things are in Him, and He in all things, why are they scandalized at the plan of Revelation when it teaches that God was born among men, that same God Whom we are convinced is even now not outside mankind? For although this last form of God’s presence among us is not the same as that former presence, still His existence among us equally both then and now is evidenced; only now He Who holds together Nature in existence is transfused in us; while at that other time He was transfused throughout our nature, in order that our nature might by this transfusion of the Divine become itself divine, rescued as it was from death, and put beyond the reach of the caprice of the antagonist. For His return from death becomes to our mortal race the commencement of our return to the immortal life.