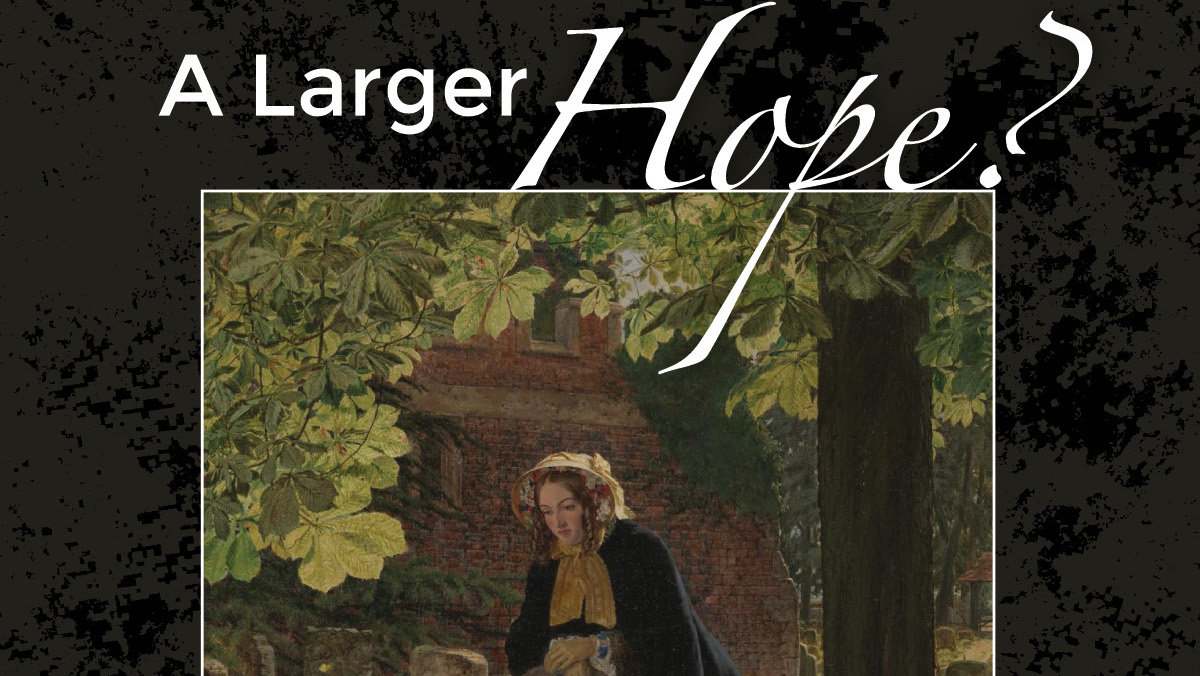 Revd Dr Robin Parry is a clergyman in the Church of England and the author and editor of several books on Christian Universalism. Robin has kindly permitted me to bring an excerpt from his recently published book on universalism from the reformation to the 19th century, ‘A Larger Hope?‘ (slightly edited):

One striking aspect that stands out from our explorations in this volume is the way in which universalism seems to be spontaneously rediscovered over and over again. Of course there are universalist genealogies, and it is not hard to find people who were converted to universalism directly through the preaching or the writing of another. Think, for instance, of the key role of Paul Siegvolk’s book in Elhanan Winchester’s conversion, or of James Relly’s writing and preaching in John Murray’s. Nevertheless, it is fascinating how many people seem to move into a belief in universal salvation seemingly without the influence of other Christians encouraging them to. One thinks, for instance, of Hans Denck (if he was a universalist), Gerrard Winstanley, Jeremiah White, Jane Lead, George de Benneville, George Stonehouse, James Relly, Charles Chauncy, Caleb Rich, Friedrich Schleiermacher, Johann Christoph Blumhardt, Thomas Erskine, George MacDonald, Andrew Jukes, and Hannah Whitall Smith. I am not suggesting that their diverse journeys into a belief in the final redemption of all were not influenced, indeed deeply influenced, by other Christians or by inherited Christian theological ideas. Of course they were—every one of them. My point, rather, is that each of these characters found their own way toward belief in universal salvation without the direct influence of other universalists. Their journeys were indeed pushed in such radical directions by other people and existing ideas, but those influential people and ideas were not themselves universalist. Rather, it was our lone travelers who took the baton and then ran with it into new and unanticipated territory. Subsequently, as we saw with Hannah Whitall Smith, the theology of other universalists can serve to refine and confirm that initial “insight,” but the insight itself was not taught them by another.

What is fascinating is that this deviancy, running off course with the baton, keeps on happening. Perhaps we might even dare to speak of universal salvation as the perennial “heresy,” echoing the way that some have spoken of Platonism as the perennial philosophy. (Of course, I use the term “heresy” with my tongue in my cheek, for I do not believe that universalism is a formal heresy; rather, it occupies a space between heresy and dogma.) It is a theological idea that refuses to go away and keeps on raising its ugly/beautiful (delete as appropriate) head over and over again, throughout the centuries. One may wonder why this is so. It is almost as if the baton itself had some “pull” of its own, drawing runners off the prescribed course. Might it be that the chief impulses behind the deviancy, in its many Christian versions, are integrally related to deep Christian convictions—about God’s love and goodness and justice, about the dignity of humans in God’s image, about the victory of Christ over sin and death, and so on. It seems to be those very convictions that raise doubts about hell as eternal torment and push in the direction of a larger hope. In other words, perhaps the seeds of this hope lie in the gospel itself. If that is the case, then as long as Christians continue to believe in such things, there will remain an inherent temptation to follow them toward conclusions that push beyond the mainstream tradition, off the prescribed course, in the pursuit of a wider hope.

Read more about the book here.