One of the most important theological works of the 20th century was arguably Karl Barth’s commentary to Paul’s epistle to the Romans.

Here Barth developed his version of what would become known as ‘dialectical theology’. Dialectical theology emphasizes the radical contradiction between God and everything human, revealed in the cross. But at the same time God’s judgment is seen to be only the negative side of the matter, always containing God’s mercy. God’s ‘no’ and ‘yes’, the cross and the resurrection, cannot be separated.

While The Epistle to the Romans is famous for its harsh criticism of human religiosity and every attempt at pronouncing absolute negative or positive judgments on human conduct independently of God’s revelation in Christ, the sometimes overlooked core of Barth’s argument is to be found in the chapters on Romans 9-11.

Here, the dialectical approach to theology is worked out by Barth in a renewed understanding of the classical reformed doctrine of double predestination. In traditional accounts, when Paul says that God “has mercy on whomever he wills, and hardens whomever he wills” (Rom. 9:18) this means that some individuals are the object of divine election, while others are the objects of divine reprobation. This theory, however, fails to take into account Paul’s conclusion in Rom. 11, where he famously asserts that “God hath shut up all unto disobedience, that he might have mercy upon all” (Rom. 11:32).

According to Barth the elect and the reprobate are not two separate categories of human beings, but in Christ all are subject to God’s judgment as well as his grace. Most importantly, Barth perceives Paul’s words in Romans 11:32 (“For God hath shut up all unto disobedience, that he might have mercy upon all”) to be the key for understanding Paul’s theology in the Epistle to the Romans as such. Paul’s conclusion is not to be understood, however, as if mercy neatly dissolves judgment in such a way, that judgment is rendered void of meaning. The two are to be understood dialectically, as contradictions that are nevertheless to be held together. This cannot be done through ordinary human logic and reason, but only through faith and hope. 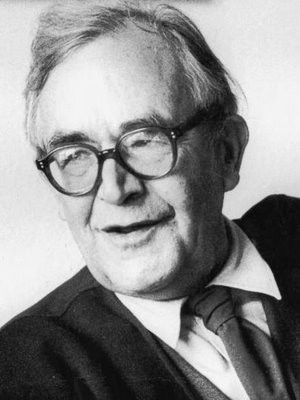 In the Church Dogmatics, Barth would develop a more Christocentric understanding of double predestination, where Christ is the object of both election and reprobation, so that Christ takes part in the rejection of humanity in order that humanity may join in his election, but this is arguably a development of the dialectical understanding, rather than an alternative.

In a chapter of The Epistle to the Romans called ‘The Hope of the Church’, Barth writes:

“‘For God hath shut up all unto disobedience, that he might have mercy upon all’ […] Our understanding or our misunderstanding of what Paul means – and not only Paul  – by the key words, God, Righteousness, Man, Sin, Grace, Death, Resurrection, Law, Judgment, Salvation, Election, Rejection, Faith, Hope, Love, the Day of the Lord, is tested by whether we do or do not understand this summary. How are we to spell out the meaning of those great words? In what context are we to interpret them? Well! it is this passage which provides the standard by which they can be measured, the balance in which they can all be weighed. In its own way, it is the criterion by which every one who reads or hears the Epistle is himself judged; for by it the final meaning of ‘Double Predestination’ seeks to make itself known. Pregnant with meaning is the diving shutting up; pregnant also is the divine mercy. Most significant is the first all; most significant also is the second all – for even these last run the risk of being reckoned among those who, as Calvin says, nimis crasse delirant. Here it is that we encounter the hidden, unknown, incomprehensible God, to whom nothing is impossible, the Lord, who is as such our Father in Jesus Christ. Here is the possibility of God pressing upon us, vastly nigh at hand, vastly rich, but also vastly beyond our understanding. Here is Beginning and End, the road and the goal of the thought of God. Here is the object of faith, which may never be depressed to an ‘object’. Here is the inner meaning of Christianity, which defies analysis. The Church hopes. Well, this is the hope of the Church. There is no other hope. Would that the Church might comprehend it!” (Karl Barth, The Epistle to the Romans, p. 421)