An important part of the Christian Passover narrative is the Last Supper, where Jesus breaks bread and shares wine with his disciples. The meal is understood to be in continuation with the Jewish Passover meal, celebrating God’s faithfulness to his people, when freeing the Jews from slavery in Egypt. In a Christian context the Passover meal represents the same liberating faithfulness of God as it culminates in the cross, where Christ dies as the “Lamb, who takes away the sin of the world”.

Every time we celebrate the Lord’s Supper, this narrative is repeated and and its consequences celebrated. This can be done in many ways, depending on church tradition. But the differences are more than just a matter of tradition and, e.g. ‘aesthetic tastes’.  The way we celebrate the Lord’s Supper reflects how we understand the implications of the Passover narrative. Some churches practice a ‘closed communion’, while others are more ‘open’.

Reflecting on this, Jürgen Moltmann in The Church in the Power of the Spirit argued that the Lord’s Supper should be as open as possible, thereby reflecting that Jesus died for the reconciliation of the whole world. 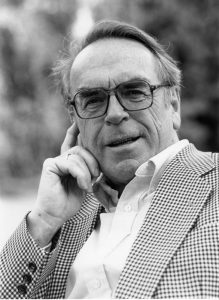 The church owes its life to the Lord and its fellowship to his supper, not the other way around. Its invitation goes out to all whom he is sent to invite. If a church were to limit the openness of his invitation of its own accord, it would be turning the Lord’s supper into the church’s supper and putting its own fellowship at the centre, not fellowship with him. […] The Lord’s supper takes place on the basis of an invitation which is as open as the outstretched arms of Christ on the cross. Because he died for the reconciliation of ‘the world’, the world is invited to reconciliation in the supper. It is not the openness of this invitation, it is the restrictive measures of the churches which have to be justified before the face of the crucified Jesus. But which of us can justify them in his sight? The openness of the crucified Lord’s invitation to his supper and his fellowship reaches beyond the frontiers of Christianity; for it is addressed to ‘all nations’ and to ‘tax-collectors and sinners’ first of all. Consequently we understand Christ’s invitation as being open, not merely to the churches but to the whole world. (Jürgen Moltmann, The Church in the Power of the Spirit, pp. pp. 244-246)