A short essay first published on jesusradicals.com in 2013. 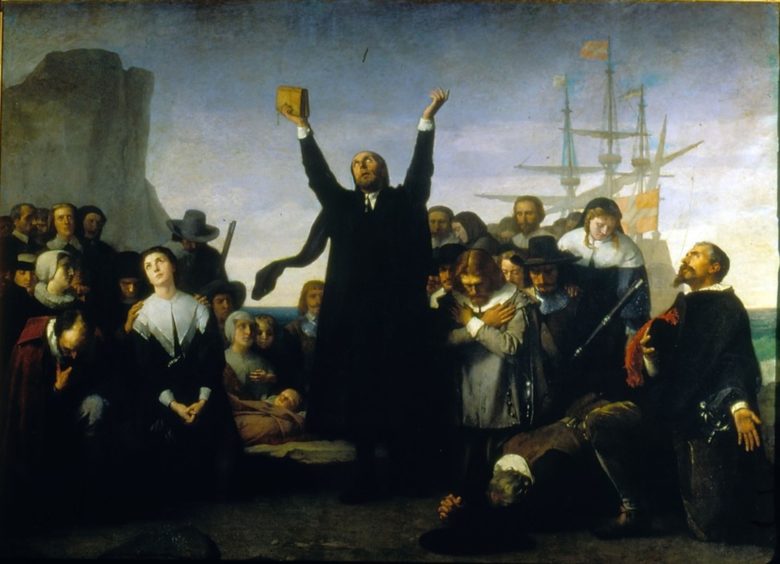 “libertinism (plural libertinisms) A lifestyle or pattern of behavior characterized by self-indulgence and lack of restraint, especially one involving sexual promiscuity and rejection of religious or other moral authority.” (Wiktionary)

For many, Christianity and Libertinism are indissoluble contradictions. At least for the American mind, so shaped by pietism and ideals of holiness as it is. That was my experience staying in parts of Chicago lately, where I also visited some students at Wheaton College. At Wheaton you agree not to drink or smoke while signed in. Not being a student there I enjoyed my liberty to do just that. From Denmark I’m used to what you might call Christian libertinism. Being ‘pious’ or ‘holy’ is equated with being pharasaical and self-righteous (public policies focus extensively on individual health here). Having a beer and a cig shows that at least you’re not that (which is of course also silly, if taken to the extreme, a kind of vulgar Lutheranism).

What characterizes the American ideology is the confusion of puritanism and Christianity. Puritanism (or strict Puritan morality, which at least is the sense associated with the adjective ‘Puritan’ in a Danish context) is a subcategory of Christianity (or Christendom), all right, but the two are not identical. Puritanism and Puritan morality is incompatible with libertinism, of course, but Christianity as such belongs to a wholly different set of categories, making the dilemma “libertine or Christian?” non-sensical (this does not make the two ‘compatible’ either, just as ‘football’ and ‘Russia’ are neither incompatible or compatible, even if russians might not be very good at football).

Yes, the New Testament contains warnings about libertinism. Especially some passages from the apostle Paul are well-known for that (e.g. 1 Cor 6:9). Paul wrote to specific people at a specific time and place, but his admonitions quickly became a general rule. Christians should be holy, meaning sober, clean, virtuous, ascetic. This idea has indeed formed our conception of Christianity since its beginnings. And it has given birth to not a few moralisms. It was these moralisms the libertines, Nietzsche and the ‘nihilists’ of the modern centuries rebelled against. If God is dead, then everything is allowed. So says one of Dostojevky’s characters famously in The Brothers Karamazov. What seems to imply, that if God is alive, then not everything is allowed.

But is that really true? Is it not rather the other way round? What if the truth is, that if God is dead, then there is no freedom, no liberty, and then nothing is allowed? What if God’s apparent death means, that we are at the mercy of the forces of nature, sociology, capitalism, the state, technology, violence, you name it? This seems to be more in line with reality: In our present condition we are the slaves of necessity (our own fault to be sure: this is what we call sin). Just ask the biologists, economists, psychologists, and so on. Only a miracle can break the forces of necessity.

Only when God speaks into our situation, at once judging and forgiving us, are we set free. This is resurrection. God sets us free. That’s why Paul also wrote that: “All things are lawful for me, but not all things are profitable. All things are lawful for me, but I will not be mastered by anything.” (1 Cor 6:12). Also, “whoever loves others has fulfilled the law” (Rom 13:8). Simple as that, isn’t it? When Paul at times talks about not doing this and that, he’s talking about not losing your freedom. And he’s talking about not spending too much time on things beside love. Loving is a full-time job, not something we do once in a while. Paul’s talking about the old Adam that’s passing away, the Adam that was a slave to sin and death. No reason to identify with him, since that is not who we are. From the perspective of the resurrection, that is. No reason to give up our freedom and identify with the dead flesh (body as well as soul!), a mechanism fully determined and conditioned by natural and sociological forces. Rather choose freedom.

Libertinism means slavery to the passions, and the natural and social forces that create them. No wonder, then, that the early Christian philosophers took over the Stoic ideal of apatheia. Apatheia roughly means ‘apathy’, but is best understood as freedom from uncontrollable desires. At face value that’s a noble ideal of freedom compatible with the Gospel. But Stoicism was pagan and thoroughly Greek, and stays so, even if attempted ‘baptized’. Moral philosophy deals in ideas and rules. Don’t do this, don’t do that. The Gospel deals in freedom and Spirit. Not the same thing! When the Church fathers took over Stoicism and other philosophies, they eventually ended up in new moralisms, similar to those left behind by the first Christians. The rest is history.

Today, too often Christian morality is nothing more than a product and legitimation of whatever social norms makes society work (or made the world of yesterday work). But self-proclaimed libertines and Christian moralists (puritans) are both wrong in seeing libertinism as a ‘threat’ to the values of society. The main motor in modern consumerism is exactly libertinism. And often it’s backed by conservative ‘Christian’ moralism. Consume all you can, eat and be happy, just keep a few rules. Moralism is libertinism put into system. And when religion indulges in pious sentimentality, and vulgar aesthetics, it is itself a highly advanced form of libertinism. This is also true for that odd philosophical fiction called ‘Christian hedonism’.

Christianity is opposed to both libertinism and religion. Neither is compatible with the freedom brought by the resurrection. By God’s grace we are set free from the chains of libertinism, as well as religion, to act in the world out of love for God and others. The question today is how genuine Christian (non-moralistic) opposition to libertinism should look like. Real Christian opposition should not be about confirming so-called bourgois morality and aesthetics, but exactly the opposite, about freeing us from the bonds of consumerism, self-indulgence, as well as religious moralism and so on. Not easy, to be sure. But it seems that American Christianity at least has the potential for such opposition, whereas European Christianities are often too tied up with soft cultural values and tradition. Trends in American Christian radicalism are starting to inspire Europeans. Some of these in a positive way (e.g. Christian Anarchism, Anabaptist theology, Evangelical Universalism, etc.). Keep up the good work. But do remember what Europeans have known for long, that there is no necessary relation between Puritanism and Christianity.